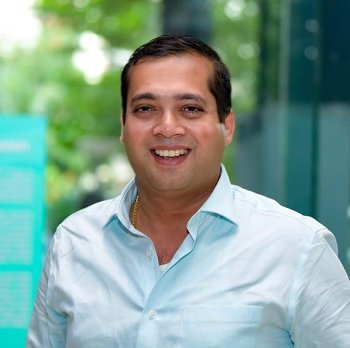 New Delhi/Mumbai –  The whole world is feeling pressure because of the renewed confidence and unity of Hindus in India and credits go to many including prime Minister Narendra Modi, Yogi Adityanath, Amit Shah and a business tycoon Ajay Harinath Singh who comes from Lava ( Son of Lord Rama) lineage. All eyes are on Ajay Harinath Singh who is very keen and making all efforts to make India stronger economically, socially, and politically by combining traditions with modernity.

As Chairman of Darwin Platform Group of Companies (DPGC), Ajay Harinath Singh has taken his businesses to 11 countries and also propagated Sanatan Principles there. In India, his contributions to creating awareness about Sanatan and Hindutva through various activities have caught the attention of various political, social, and religious establishments.

According to reliable sources in the Pariwar, Prime Minister Narendra Modi has confided with the Rashtriya Swamsevak Sangh (RSS) top brass about his retirement from the post as he has accomplished all major agendas concerning dominance Hindutva and development. It is now speculated that India could witness a new age political renaissance even before the 2024 general elections with an answer to – Who after Modi?

Political, Social, and Religious Establishments emphasise blending Traditions with Modernity by handing over leadership to the Young Business Tycoon who has emerged as a strong propagator of Sanatan Principles owing to his lineage of Lord Rama (Lava lineage).  Mahamandeleshwars (Religious Leaders) from prominent Akhadas urge leadership to involve innovative business minds, who promote traditions, in the top decision-making process for a New India.  It is widely admitted that India@75 needs to align with the new age challenges and opportunities.

A senior BJP leader, requesting anonymity, said, “The future of the Indian Republic rests on the shoulders of young leaders. Hence, a new political strategy is in the offing. Our Prime Minister Narendra Modi is known for throwing political surprises and a New Prime Minister, coming from unknown quarters without any political background may be the biggest surprise of the century.”

India has become the fastest-growing economy in the world. If India aspires to be among the top three economies of the world in the next 10 years, a new young leadership with financial brains and deep roots in Sanatan traditions is urgently required, said Swami Rameshwar, a Dharmaguru from Uttar Pradesh Math, who has strong faith in the leadership capabilities of Ajay Harinath Singh who is a descendant of Lord Rama’s son Lava’s Kshatriya clan.

A random online survey conducted by a Youth Organisation- reveals that aspirational India prefers Corporate Tycoons to lead the country. Compared to political veterans their choice may include industrialists like Mukesh Ambani, Gautam Adani, Kumarmanglam Birla.  Among the younger generation of corporate leaders and prominent personalities who may be considered for the top post include names of Tejasvi Surya, Akash Ambani, Anant Ambani, Jayesh Shah and Ajay Harinath Singh (41).

“Ajay Harinath Singh is not only an extraordinary business acumen to drive economic growth, but he is also a torchbearer of India’s glorious traditions (Raghukul and Ram Rajya).  Given the current socio-political and economic conditions India needs a leader who can combine India’s great traditions with modernity,” said Swami Rameshwar.

Ajay Harinath Singh’s vision, strategic planning, and system thinking have also put him in the political league to transform governance. India has lately learned the US pattern where several of its Presidents were from business and industry backgrounds. In the US, the world has witnessed the successful tenure of real-estate Mogul Donald Trump. Before him, Oilmen George H.W. Bush (1988) and George W. Bush (elected 2000)- Oilman and managing partner of the Texas Rangers ruled the country efficiently.

Ajay Harinath Singh has emerged as a natural and most preferred choice for the top post. Indian political observers have already pointed out that several politicians including members of parliament across political parties have recognised his ability and extended support to him.

“A young Indian entrepreneur should be at the helm of affairs to make India a superpower culturally and economically. A new age strong India would need Ramrajya for inclusive growth. Hence, the top post could be given to a descendant of Lord Rama with a complete consensus cutting across the part line, caste, creed, and religion,” said another religious leader- Mahant Mahesh.

In political and government circles, such a move was guessed wildly for 2029, but sources said that it can happen this year, even before the 2024 general elections! Political pundits also hinted that a revolutionary change may happen anytime.

“There needs to be a perfect alignment between a wish to establish Ramrajya, inclusive economic growth, and the welfare of the people. Hence, India is probably going to witness a new age of political renaissance and inclusive politics where for the top post a consensus arrives from all political parties and forces,” said a veteran political analyst.

Political analysts pointed out that creating wealth by providing jobs and platforms to a determined Young India is an urgent need as they will do the rest to Make India Mahan (Great) with Self-confidence, Self-Reliance, Unity, and Determination.

“The future of the Indian Republic rests on youth leaders. India has become one of the fastest-growing economies in the world.  Lord Rama’s son Lava’s descendent Ajay Harinath Singh can play an important role in taking the country to the next level of advancement. Not only he has got an extraordinary business mind but he is a staunch promoter of glorious Indian traditions (Principles of Ram Rajya and Raghu Kul),” said Pawan Das, Mahamandeleshwar of Maha Nirwani Akhada, Prayagraj.

Prominent political leaders, analysts, and religious gurus (Mahamadeleshwars) strongly advocate that India’s heritage belongs to all mankind with an abundance of spirituality, humanism, unity, harmony, wisdom, and knowledge. Economic power, guided and governed by Sanatan Principles, is the strong driving force in nation-building.